Anyone studying SCADA system facts has to start with its basic meaning, which is supervisory control and data acquisition. This is a kind of ICS (industrial control system) which many industries use for controlling and managing industrial processes. There are many other types of ICS systems, but SCADA is different in the sense that it works on processes that are much larger. 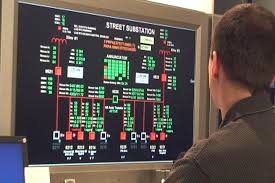 Not only can SCADA run and manage large scale processes but it can also be used on large sites, cover vast distances and more. Furthermore, the system can handle processes in industrial, facilities or those involving infrastructures.

The system can also be used in a wide array of facility processes like HVAC, airports, sea ports, heating, ventilation and many others.

A typical SCADA system is made up of an HMI (human–machine interface). This is a device that displays data to the human operating the system. It is through the HMI that people can control the system and make adjustments if needed. SCADA also has a built in system that allows it to collect data and transmit the commands during the processing.

The system is also made up of RTUs (remote terminal units) that hook up to the sensors. The RTUs change the sensor signals, digitizing them before being transmitted to the system in charge of supervision. A typical SCADA system also relies on PLCs (programmable logic controller) as a field device since they are easier to use and very flexible.

How the System Works

When SCADA has been put in place, it collects information from its sensors and sends them out to a central server where the data is kept. The largest benefit of a SCADA system is being able to assess events in real time. The term SCADA applies to a central area that encompasses communications software, a user interface, networks, controllers and signal hardware. Together these enable a SCADA system to perform its tasks like control processes and collect, present and transmit data.

The most vital functions of a SCADA system are done at the RTU Remote Terminal Units) which includes a logic converter that is configured to the appropriate standards. Unlike other control management systems, SCADA can perform its duties with little or even no interaction from people required.

A Look at SCADA Concepts

The term SCADA is usually applied to a system that manages controls and oversees entire system complexes or sites. The system is usually used and applied in large areas, even an entire country. For the most part, the system will be controlled either by PLCs or by RTUs. Usually the function of a host control is limited to overriding or intervention at the supervisory level.

For instance, a PLC may be in charge of controlling water’s flow via a sector of the process. But the system may provide a means for a human operator to modify the set points, and they can also turn on the alarms and modify it as they see fit. For instance, an operator may set the alarm for temperature increase, or if the flow is lost or has changed.

The way SCADA systems work varies but collecting of data starts at the PLC or RTU level. Part of the data acquisition includes status reports on equipment and meter readings. Once the data has been gathered, the data is processed and formatted so that the human operator via the HMI will be able to understand it. The data may also be processed and sent to a Historian for auditing, analysis and trending. The system may also process the data in different ways.

The SCADA system facts provided should give you an idea of just what this is capable of. It is a very versatile system that can do a lot of things. It is not just cost efficient, but also very dependable.